Last Friday night our church sponsored a Johnny Cash tribute concert with John Schmid, a musician based in Ohio with a ministry to prisoners. Hopefully, being in Ireland was a bit different from what he’s used to! The proceeds from the ticket sales went to a couple of charities, and we had a sell-out crowd at the local event center. John Schmid did a great job on Johnny’s songs (which are more popular here in Youghal than anywhere we’ve been in the States). He made sure to include a lot of Cash’s gospel numbers, as well as throwing in bits and pieces of his own story. It was great! 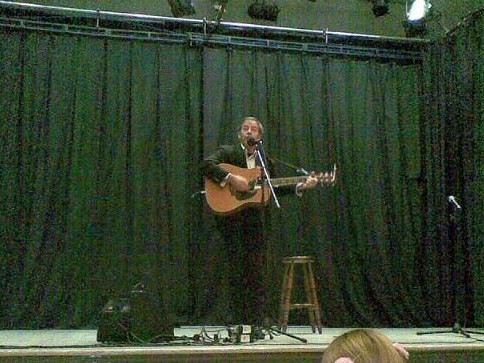