With elections for local government as well as all 11 Irish seats in the European Parliament coming in 3 days time, most streets in Ireland look something like this: 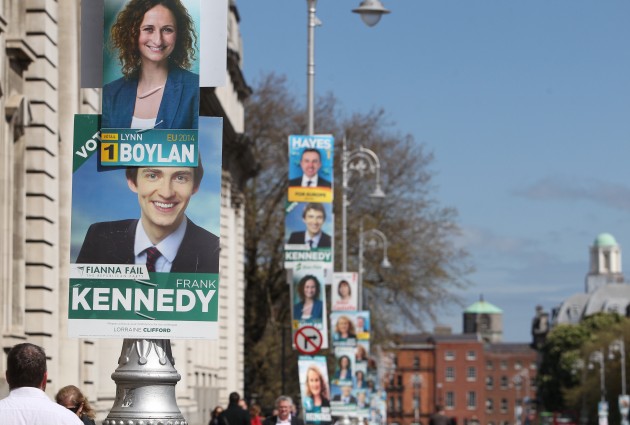 As you can see, political posters in Ireland always include a picture. They also include the name of the candidates party, which is important since there are quite a few political parties to choose from. What they often do not say is the position the candidate is running for, but there are other ways to find that out. Every poster says “Vote #1”, because in the Irish system you vote for your first choice with a ‘1’, then vote for your second, third, and further choices with subsequent numbers, thus eliminating the need for run-off elections. At first we thought that having so many parties would surely mean that we could find someone to get behind, but even with all the choices it’s still hard to find great candidates. It’s okay, though. We can’t vote anyway.